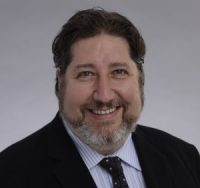 Geoff Pollock is an elected Bencher of the Law Society of Ontario, for the Toronto Region. He is the founder of Geoff Pollock & Associates, Professional Corporation. His practice focuses on real estate, civil litigation, wills & estates and corporate/commercial matters. Mr. Pollock, is the Chairman of the Board of Directors of Sapphire Digital Health Services. Mr. Pollock has extensive experience in the financial sector, in Canada, Europe, and Australia.

He began his career at General Electric as Acquisition Integration Leader, working for their European M&A Team, taking a key role in the integration of GE Wind Energy GmbH (formerly Enron Wind). Mr. Pollock was the Vice President: Corporate Finance for MFK Investment Bank in Kiev, Ukraine, and has also consulted for the Australian Stock Exchange (ASX) in Sydney Australia.

While studying for his law degree, Mr. Pollock joined the Canadian Army Reserves, where he spent five years as a Commissioned Officer. Mr. Pollock received an MBA from the Richard Ivey School of Business, as well as a JD, and an Honours BA in Political Science, from the University of Western Ontario. Mr. Pollock volunteers regularly with Pro Bono Ontario and was a founding member of the Haven Toronto’s Fortunate 500, which is Canada’s only charity focused on homeless senior men.

Beyond work, Geoff is a husband to Evgeniya, father to Daniel, Elizabeth and Alexandra, an avid Churchillian, and is passionate about hockey both as a player and as a coach of his children’s teams.